By 2004, we’d decided to tackle Mt Everest, but first needed some more technical climbing experience. We found this on Khan Tengri – the highest peak in Kazakhstan – plus very cold temperatures. 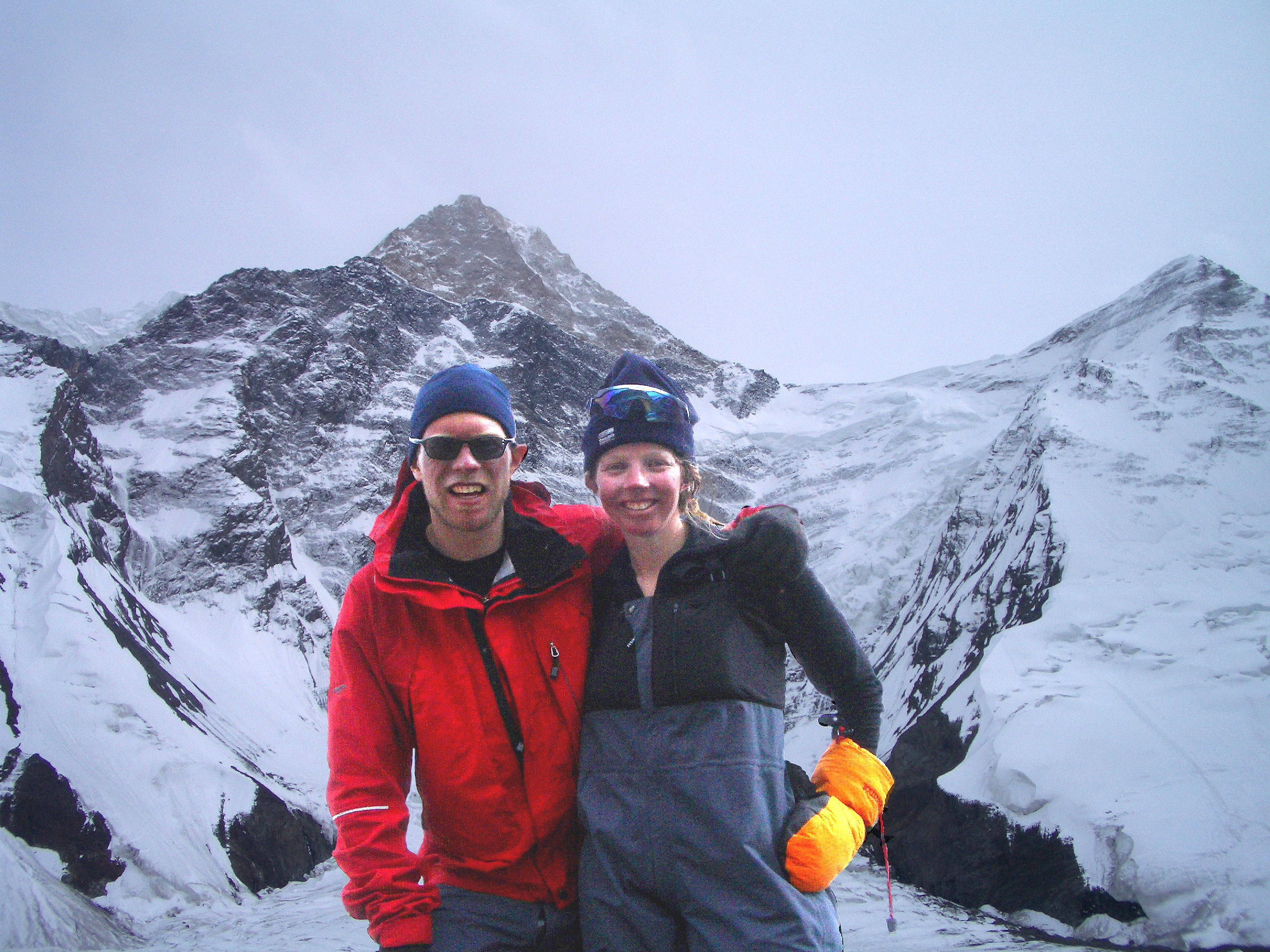 We were looking for a difficult climb and we certainly found it here. Khan Tengri was colder than we had expected and parts of the climb were quite challenging. It was also the first time we attempted to post blog updates each day – although this didn’t always work, which caused concern with our families when there was an avalanche on the other side of the mountain and they hadn’t heard from us.

We also had dramas as we decided to put in an extra high camp (to make the summit day shorter), but this attracted some visitors late at night – which rattled our summit attempt. We did manage to reach the summit a day later, but not without a cost. We both suffered with frostbite – for Paul, on his toes, and for Fiona, on her thumbs.

With hyperbaric chamber treatment once we were back in Melbourne, Fiona’s thumbs fully recovered, but unfortunately parts of Paul’s toes did not and were amputated several months later. We learned some hard lessons on this trip – but possibly some that saved us from something worse on Everest a couple of years later.

See all of our Khan Tengri posts here.

In 2004, Paul and Fiona climb Mt Khan Tengri - the highest mountain in Kazakhstan. Although they reached the summit, they paid a cost with frost-bite. Read their daily blog from the climb here.